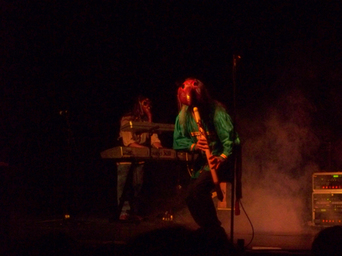 The booger dance is a social dance of the Cherokee people, which was usually performed in fall or early winter (Orr, 2003). The purpose of this dance was to mock society and to symbolize the predation of Cherokees by non-native peoples. It was also used to symbolize the young man's preoccupation with worldly things, such as sex, and to explore social issues. Booger dancers would arrive at the powwow demanding women and war and would harass spectators. Often booger dancers with 'white person' masks would dance clumsily, trying to imitate Native dance, and would lewdly grab at women attending the gathering.
The dance leader would eventually call each booger dancer by a comical  name, such as sooty anus or sweet phallus, and the dancer would perform a solo dance. The festivities were finished with ceremonial tobacco smoking and a couples dance where the boogers took on female partners to satiate their lust. 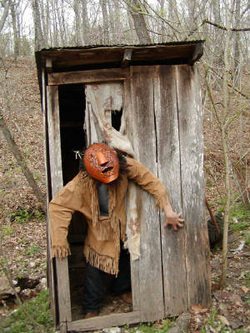 Booger masks are a popular subject for traditional Cherokee artists and booger dance elements are sometimes used in music and performances, such as those by Michael Searching Bear (pictured above), an Eastern Band Cherokee and Powhatan member and flute player. 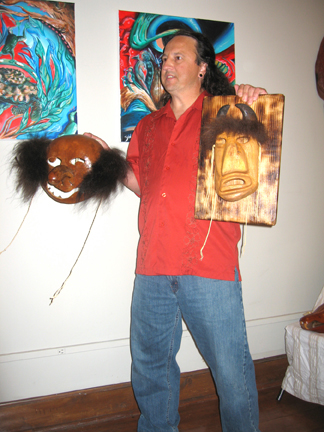